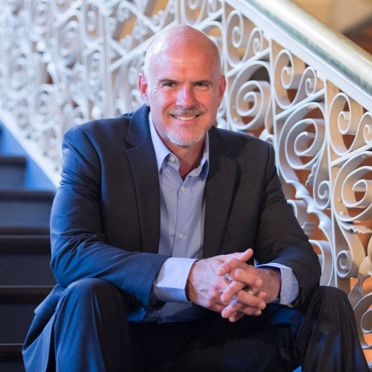 “I believe in pushing the limits of neuroscience to find what makes us uniquely human.”

Michael is known for asking some of the most challenging questions in 21st century neuroscience—and conceiving innovative ways to find the answers.

His principal questions focus on the biological mechanisms that underlie decision-making in social environments, the grasp of which has broad-scale implications for improving health and welfare in societies worldwide.

Michael's unquenchable quest for answers has led him outside the traditional boundaries of neuroscience: his broad expertise in psychology, economics, evolutionary biology, and ethology, in addition to his collaborations with colleagues in these fields, have enabled him to reach ever-deeper levels of understanding about the neural bases of cognitive behavior.

Michael's pioneering of the field goes beyond breaching its boundaries: he was among the small cadre of scientists who first rejected the long-held idea that decision-making is a reactive sensory-motor process. Instead, he adopted an economic-mathematical approach to studying its physiology, setting a precedent that has changed standard practice in the field. His particular quantitative approach has established a more realistic method of inquiry that yields improved analyses of data sets in brain research.

A former president of the Society for Neuroeconomics, Michael publishes regularly in top-tier scientific journals and has been featured in prominent TV, radio, print, and online media. With the support of such agencies as the National Institutes of Health, Sloan Foundation, Klingenstein Foundation, McDonnell Foundation, and Department of Defense, he’s produced seminal articles that have been collectively cited over 4,000 times. Michael's expertise is sought after outside the realm of academia, as well, leading him to serve in science advisory roles for three major motion pictures and is featured in an upcoming episode of HBO Vice.

Michael's appointment signifies his return to the place that fed and fostered his passion for using novel combinations of knowledge as tools for discovery: he left Penn with a PhD in biological anthropology, and two decades later returns with a host of international partnerships and an extensive body of groundbreaking work in tow. His presence at Penn, now as a PIK Professor, will significantly advance the University’s global leadership in neuroscience, psychology, and economics by creating pathways to new knowledge and applying this knowledge in ways that influence health outcomes for individuals and populations around the world.

What Michael Is Up To